I Found this in a report done by Public Safety Canada about a workshop they did on the abuse of pharmaceuticals . This workshop was held in June 2011 in Vancouver B.C.

Drugs on the Street: The unintended impact of prescribing in Nova Scotia 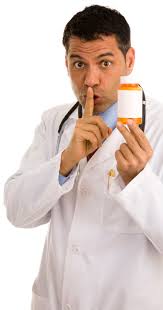 The prescription drug abuse problem in Nova Scotia has exploded over the last 8 years, yet it is an “unspoken pandemic.” Few people talk about the severe impacts that prescribing opioids is having on local communities. These impacts range from accidental deaths and suicides, to increased crime rates and an increased risk of other health issues such as HIV/AIDS and hepatitis. Although Organized Crime groups are not currently involved in the illegal distribution of prescription pills in Nova Scotia, there are some concerns that they may become interested if the profitability of distributing these drugs increases. Once these groups become involved, it will be very difficult to eradicate them.
Although demand varies by region, the drugs of choice in Nova Scotia are opiate pain killers such as hydromorphone, opioids (e.g. Percocet, OxyContin) and methadone. The majority of these drugs come from legitimate sources, which makes it very difficult to tackle the problem through law enforcement measures. Sources of supply include doctor shopping and script purchasing, but pills are also being imported from other jurisdictions. When the supply from traditional sources slows, the rate of pharmacy robberies, breaking and entering and theft increases.
Law enforcement in Nova Scotia has encountered a number of investigative issues related to combating the trafficking of opioids. First, there is a lack of available evidence due to the fact that the majority of opioids come from legitimate sources and witnesses are often unwilling to come forward. There is also a significant lack of a coordinated multi-agency use of resources, as well as a lack of subject matter experts who can assist the police agencies with enforcement strategies and assist in the development of a broader community response to this very complicated issue.
A prescription monitoring program has been put in place in Nova Scotia to help reduce the number of prescription opioids. As a result, the issue of “double-doctoring” has been largely eliminated. Under this monitoring system, there has been success in the development of new ways to share information, such as police charge notifications; however the program is not a silver bullet, and it can only address one component of the problem.
In the future, the creation of more strategic partnerships between law enforcement, pharmacists, physicians and other health care providers will be critical in addressing the drug abuse problem in Nova Scotia. These potential partners are currently working in silos and often lack the ability to share information with each other.

Error: Twitter did not respond. Please wait a few minutes and refresh this page.